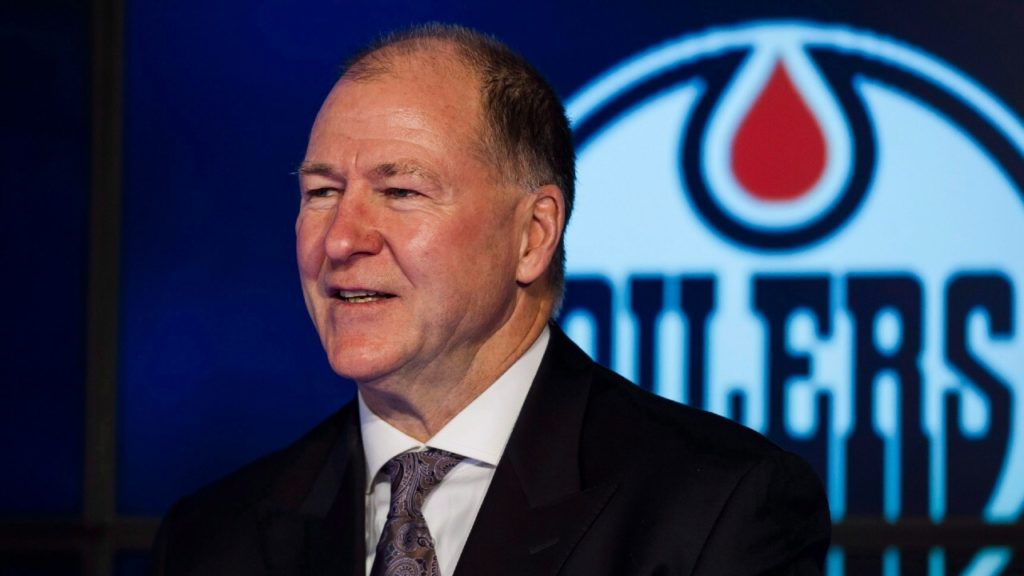 Kevin Lowe is an Alternate Governor of Oilers Entertainment Group (OEG). Previously, Lowe served as the Oilers President of Hockey Operations for 7 seasons and prior to that he spent 8 seasons at the Oilers General Manager. Not to mention, he has been on 6 Stanley Cup teams, was inducted into the Hockey Hall of Fame in 2020, and was given the Order of Hockey in Canada in 2021.

Off the ice, he was no less of a leader. In 1990, Lowe became the only player to win the King Clancy Memorial Trophy and the Budweiser NHL Man of the Year Award in the same season. Both awards are presented for leadership qualities and Humanitarian Contributions.

He was also the Oilers’ nominee for the Bill Masterton Memorial Trophy that season. His work with the Edmonton Christmas Bureau has set the standard for the Oilers’ commitment to community involvement. He was the Honorary Chair from 1980-83 to 1991-92 and Honorary Co-Chair from 2005 to present as well as currently a director of the Edmonton Oilers Community Foundation and the Edmonton Police Foundation. Lowe, has a son, Shane, and he and his wife Karen, a two-time Olympic alpine skiing bronze medal winner for Canada at the 1988 Winter Olympics in Calgary, have three daughters – Devyn, Darby, and Karly – and a son, Keegan, who was drafted by the Carolina Hurricanes in the 3rd round, 73rd overall, at the 2011 NHL Entry Draft.

Kevin Lowe was the Oilers fist ever draft pick.

Kevin was the 6th captain in Oiler’s history.